Revisiting the meaning of failure

When a child learns how to walk, they fall several times before succeeding, and we see this as normal. If you have a bit of evil in you, like I do, you might laugh a little. But, even if you are able to walk, you would not come up with thoughts like “This human is such a failure! Being unable to do something so trivial? I do it every day without even having to think about it!”

You will instead accept that this is a learning process, that the child is developing and learning, and that these falls are part of the process.

Why are we so much harsher on adults? If you have never encountered a certain situation or problem before, you will fall and fail on the way. This is how you learn and grow. Why should it suddenly account for your value as a human being?

A friend once told me: "Since I've had kids, I see everybody as a child in development. This way, I understand much better why they make mistakes and I am much more patient with them”.

We are all children in development, growing and forever unfinished, imperfect.

When I started to learn skating, the more experienced skaters taught me one thing first: how to fall. And I fell, and I fell, and I fell, until I could fall without getting hurt. It’s the same deal with climbing: in some of the first classes, they force you to (safely) fall, so you are not so scared of heights anymore, and can react properly when it happens. Same story again with judo... Once you know how to fall without getting injured, you can start trying things out, and grow in the field. 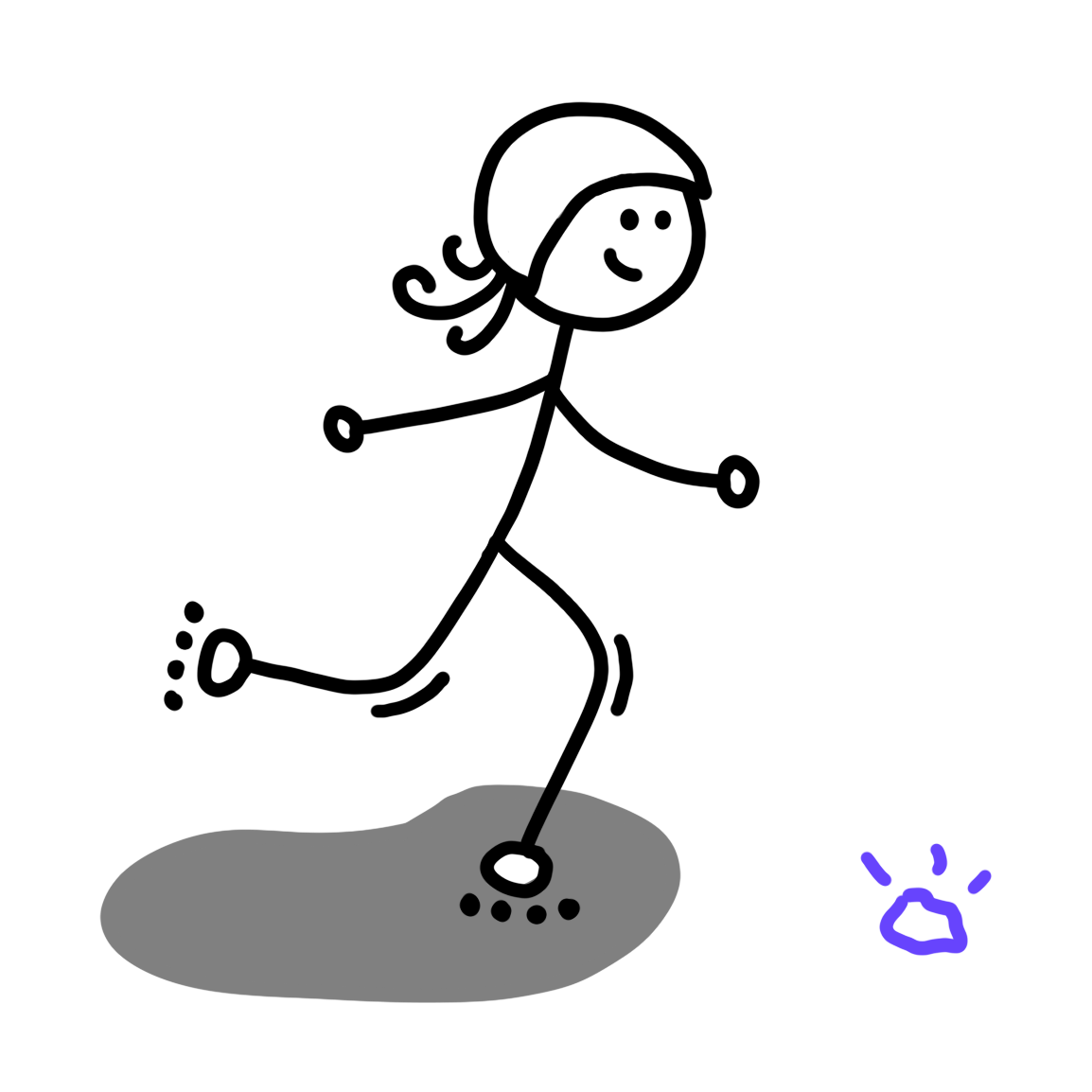 If you don’t believe me, look at that guy. And in particular, pay attention to how he (usually) doesn’t fall like a dead pancake.

Thankfully the answer is NONE! Really glad to have gone through 2019 without any major injuries, currently the healthiest and strongest I’ve ever been. Despite how much I hit the floor 😂🙌 This is just the ‘best of’ FULL VIDEO coming to youtube soon 📲🙏🍅 #fail #failcompilation #failsvids #scorpion #redbull #teamfarang #aapes #marvel #indestructible #workhard #nopainnogain #nevergiveup #bodied #supersmashbros #wolverine #london #sydney #barcelona #aussie #straya #stunts #binboy

Ok, I am very fascinated by people falling, but we have to get back to the core of the article: failure as part of the learning process.

When the body is involved, learning how to fall or fail without getting injured seems natural: we want to protect the body. Well, why aren’t we that protective when the mind is involved?

Let’s take a look at how school works. Usually, classes are separated into two main types of activities. Direct Instruction is the classical kind of lecture. You have a teacher, usually human, explaining how things work, how things are solved, how formulas are proven, etc. The teacher directly instructs you how to solve problems. 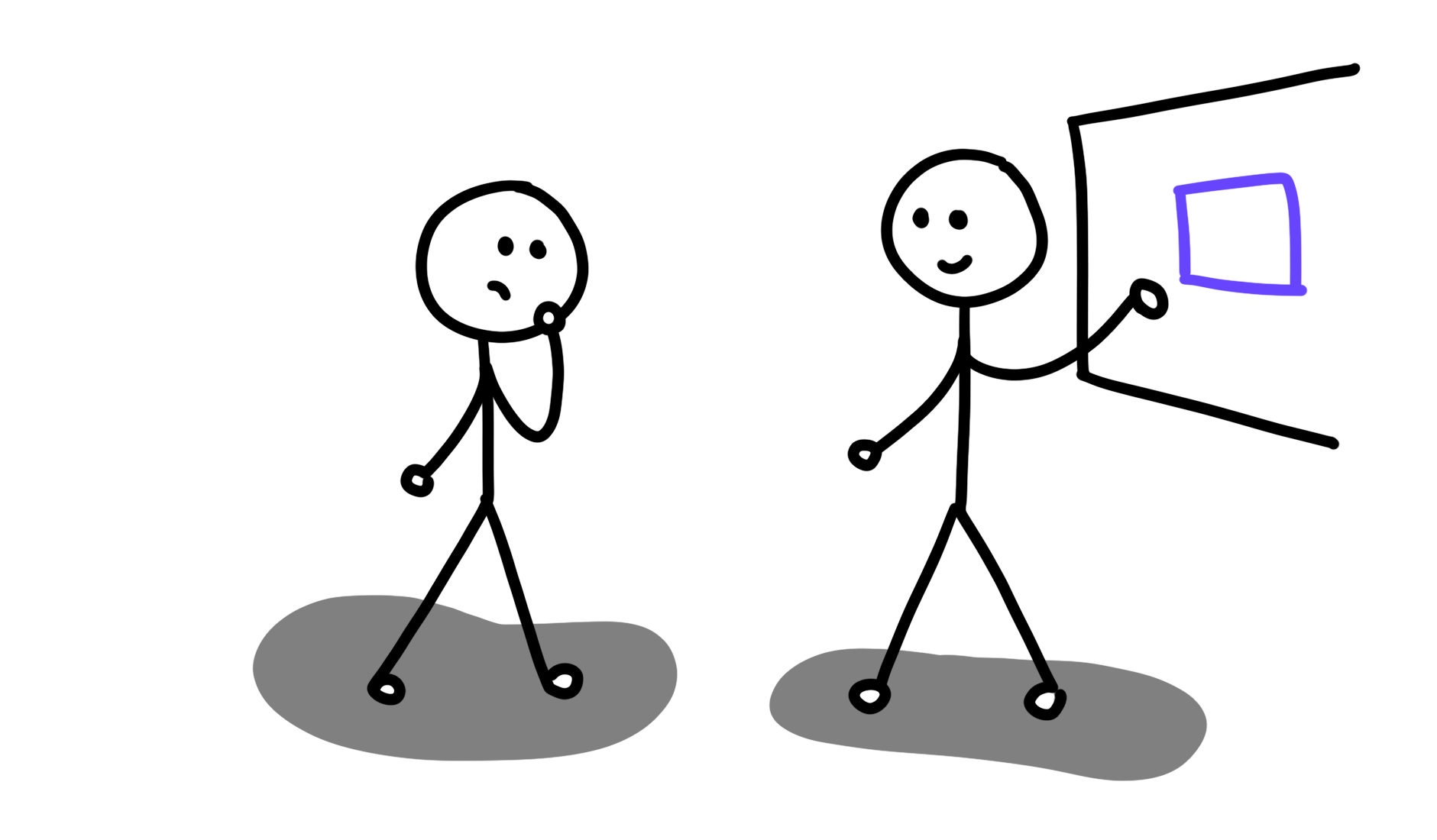 You also have Problem Solving phases, when you are confronted with problems that you explore on your own, sometimes with a bit of help. This is usually a much more active phase where you get to confront the limits of your knowledge and skills. 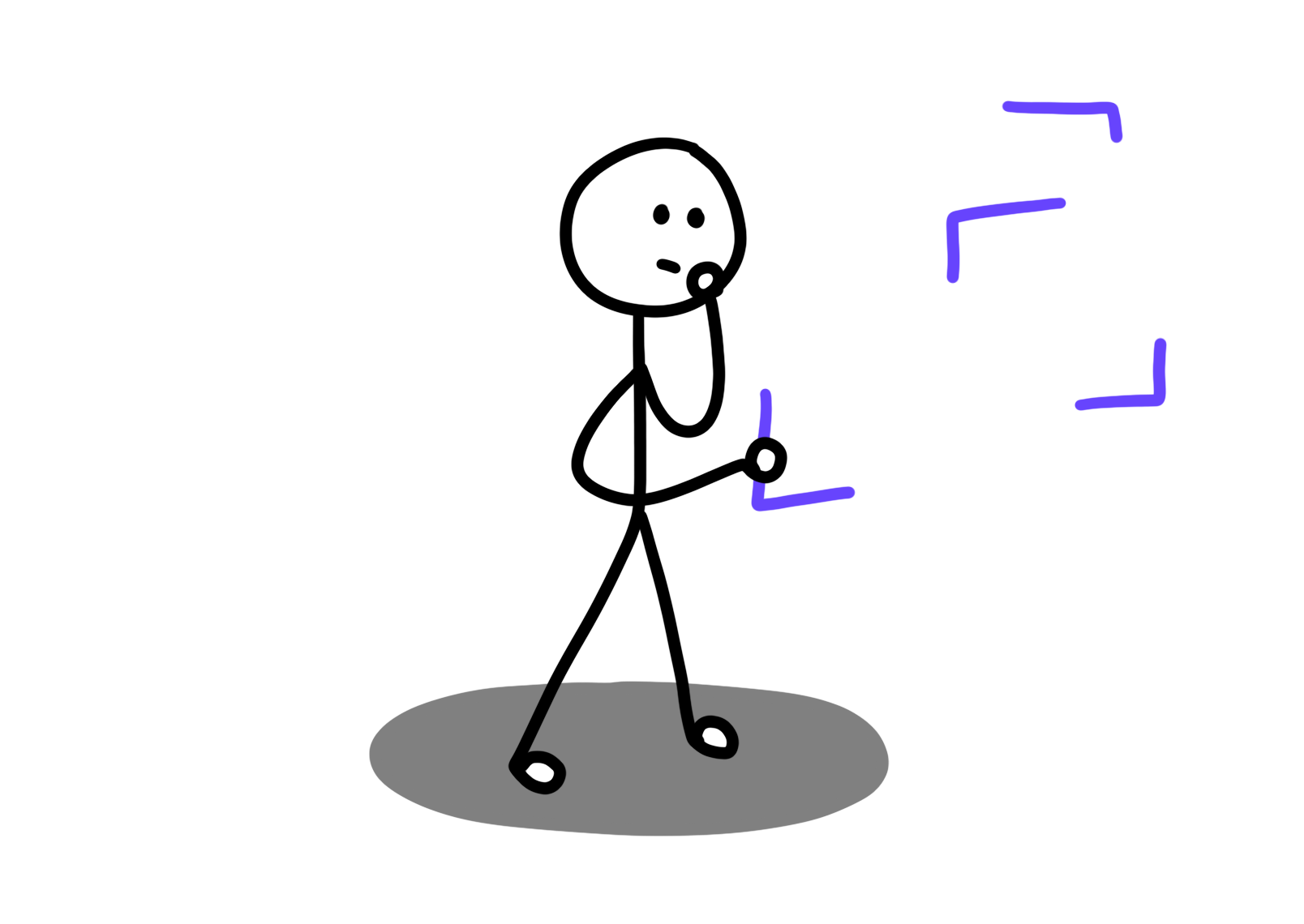 Now we usually combine these two as they are both important. How were things done in your school? In mine, we usually had a session of Direct Instruction when we would learn new concepts, and then a phase of Problem Solving when we could apply them and make our understanding stronger. This is usually called I-PS (instruction followed by problem solving).

But what about going the other way around (PS-I)? What about solving problems before learning the concepts to solve them? Sounds a bit convoluted? Maybe. But let's not discard this too fast.

In Metaphors of Learning, we described a specific case of this. Let's imagine that we built a new toy. Now we want people to play with it. One option is to show a person how to play with the toy, and then let them play with it on their own, in an I-PS style. When they try on their own, they will probably make a few mistakes, but eventually they will get it. 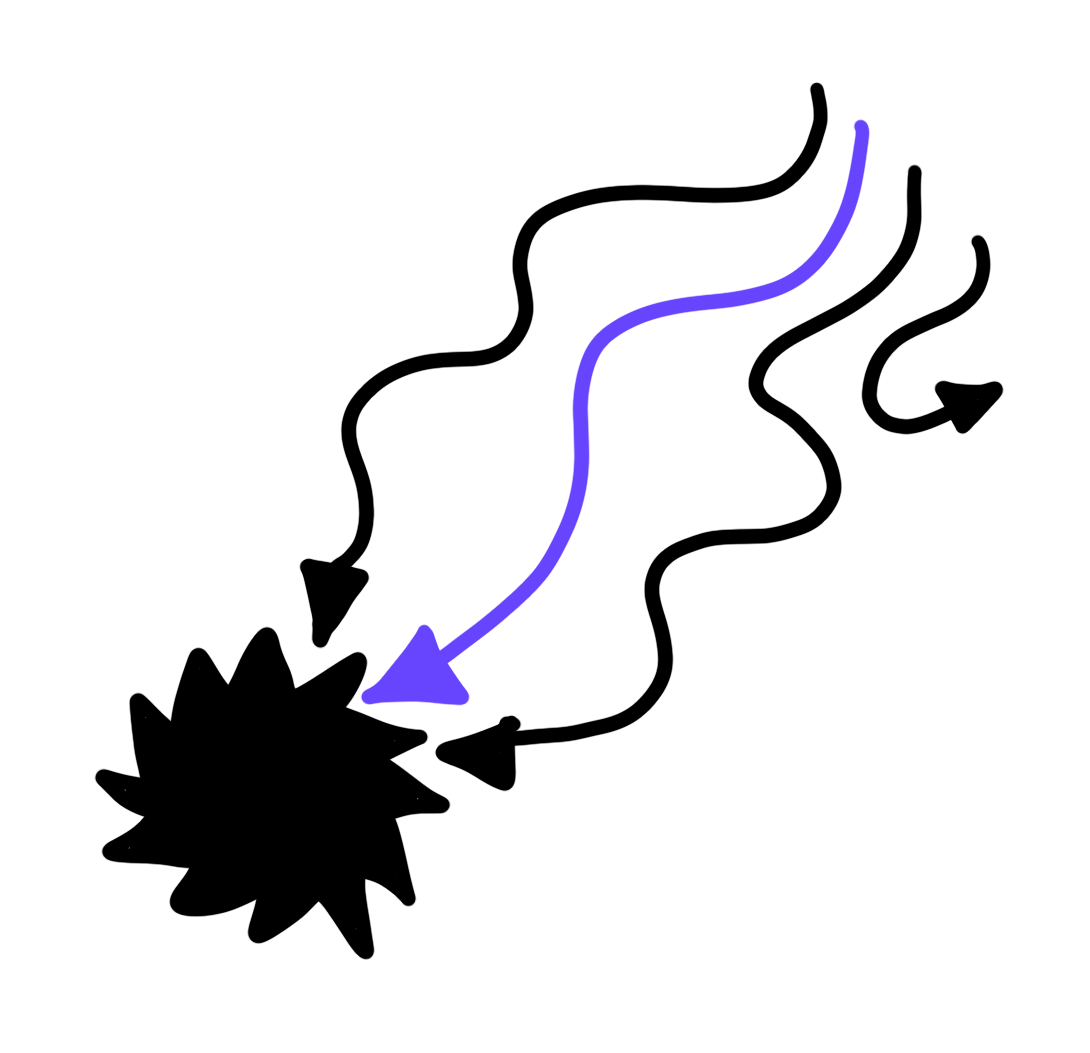 But another option is to just give the toy to the person, and let them discover it on their own. They will use it wrongly, in many ways we could not possibly have imagined, and probably never get to the way we designed. Only afterwards, we teach them how to successfully use the full potential of the toy, as in the PS-I pattern. 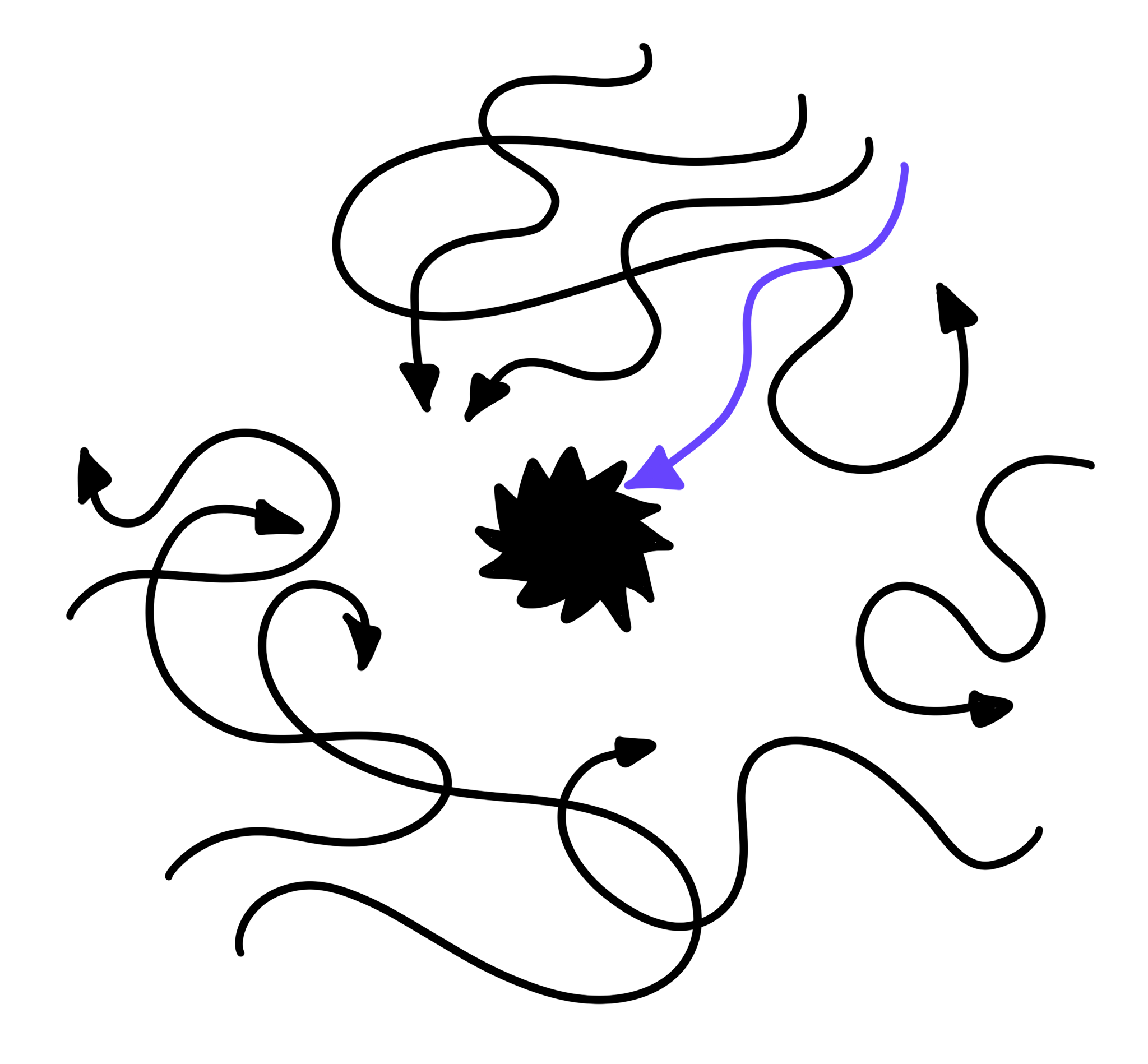 Ok, maybe this thing makes sense after all! Inspired by this idea, Prof. Manu Kapur put together something called Productive Failure [Kapur 2012]. The idea of Productive Failure, is to first give a carefully designed space to the students to explore a problem, before showing them a solution to the problem. What would Productive Failure look like in math class? The teacher would not start the course with “Here is the formula for standard deviation, use it to solve exercises on page 124”. Instead, the teacher would give different datasets to the students, for example, the performance of football players over the last two years, and then ask “Which player is the most consistent player? Can you find a way to compute this?” [Kapur 2014]. With this approach, the students have to wonder what consistency means to them, and then poke the data until it confesses. In most cases, the students do not find the standard formula. However, they get a very good understanding of the problem. And when presented with the correct formula, not only are they able to understand it on a conceptual level, but they are also able to reuse it outside of math class [Kapur 2014].

Is it important that you are the one who fails? “Vicarious” means “experienced in the imagination, through the feelings or actions of another person”. So Vicarious Failure is the experience of failure through another person. For example, if I see a skater fall after rolling over an innocent piece of gravel, is that enough for me to learn that gravel is actually evil? What do you think? 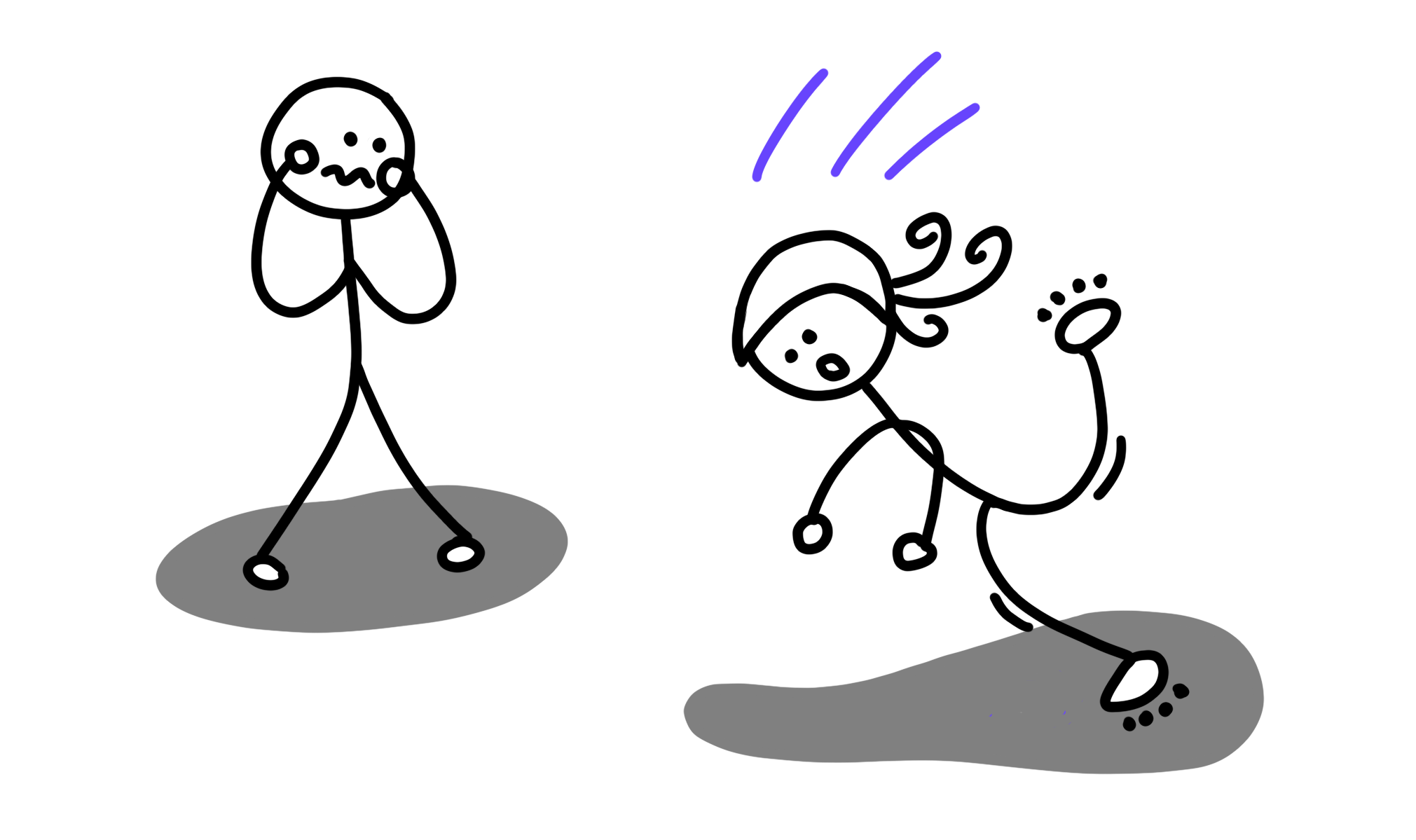 Vicarious Failure - When you see someone fail

Well, in the [Kapur 2014] study, Vicarious Failure was usually a bit better than Direct Instruction only. However, it was always worse than Productive Failure. This means that seeing someone fail will not teach you as much as failing yourself. I think that the parents reading this blog know this already: no matter how much you explain to your child that something can be painful, no matter how much your child sees another child getting hurt doing that exact thing, they won’t stop trying it out until they experience the pain first hand.

Failure is important to learning. Approaching a problem from different perspectives gives you a better understanding of what the problem is all about, even if you don’t necessarily end up finding a good approach on your own. I find this very interesting, and I think that, in general, failure should be handled better in the classroom. Mistakes are still thought of as shameful by many people, and it’s impairing their learning. I’ve met people who graduated from highly-ranked schools, but were terribly afraid of failing and just could not apply their knowledge in unknown contexts.

One thing I feel a bit unhappy with: studies on Productive Failure usually only evaluate whether the students learned or not, and how well they learned. However, I have not yet seen a study where they also look at how the students feel. In particular: did the students actually feel like they failed when not finding the formula on their own? And if yes, how did that failure make them feel? To me, if students learn more, but the learning experience makes them feel bad about the topic, we still have some work to do.

Watching in horror as you witness users try your product for the first time pic.twitter.com/1vcMP2njg9

And if you are interested in Unproductive Failure, take a look at [Kapur 2016].

[1] Feel free to reuse these drawings in biology class to explain how babies are made...