For thousands of years, we, human beings, have been exploring the world relying mostly on our senses and our capacity to move. Nowadays, still, our bodies play an important role in how we perceive and interact with the environment, and, in particular, our capacity to think at a conceptual level [Anderson 2010, Amalric 2016]. In this article, we will discuss the role of the body in learning, and the consequences for education.

In the way we teach and the way we speak about learning, we tend to consider the body and the mind as two separate entities. We consider that the body is a bit dumb, and that the mind holds all our cognitive super powers. We also assume some disciplines train either one or the other: sports train the body, sciences train the mind.

The Body vs the Mind

But if we look into this more closely, we quickly find some limitations to this approach. Let’s take a minute to look at some physical activities. Ballet, Yoga, Brazilian Jiu-Jitsu: any of these activities require more than movement alone. In order to become proficient, you need to understand the role of the postures, the intention of the movement, the structure of the phrase. Sports are not mindless activities: they require intelligence. Personally, having grown mostly nerdily, nothing makes me feel more stupid than sports.

Similarly, considering that some activities only involve the mind is quite limiting. The body also plays an important role in learning and reasoning. For example, as children, we use our fingers to learn how to count. But what is interesting about this is that these early experiences with finger counting have a lasting effect on our number processing performance as adults [Soylu 2018]. We can use our bodies to learn and we should not neglect it! To grasp this a bit better, try to solve a complex problem without moving your hands, without writing anything down, or without letting your eyes dance around. It’s not that easy. Overall, the design of educational activities benefits from a more holistic approach to mind and body [Abrahamson 2015]. 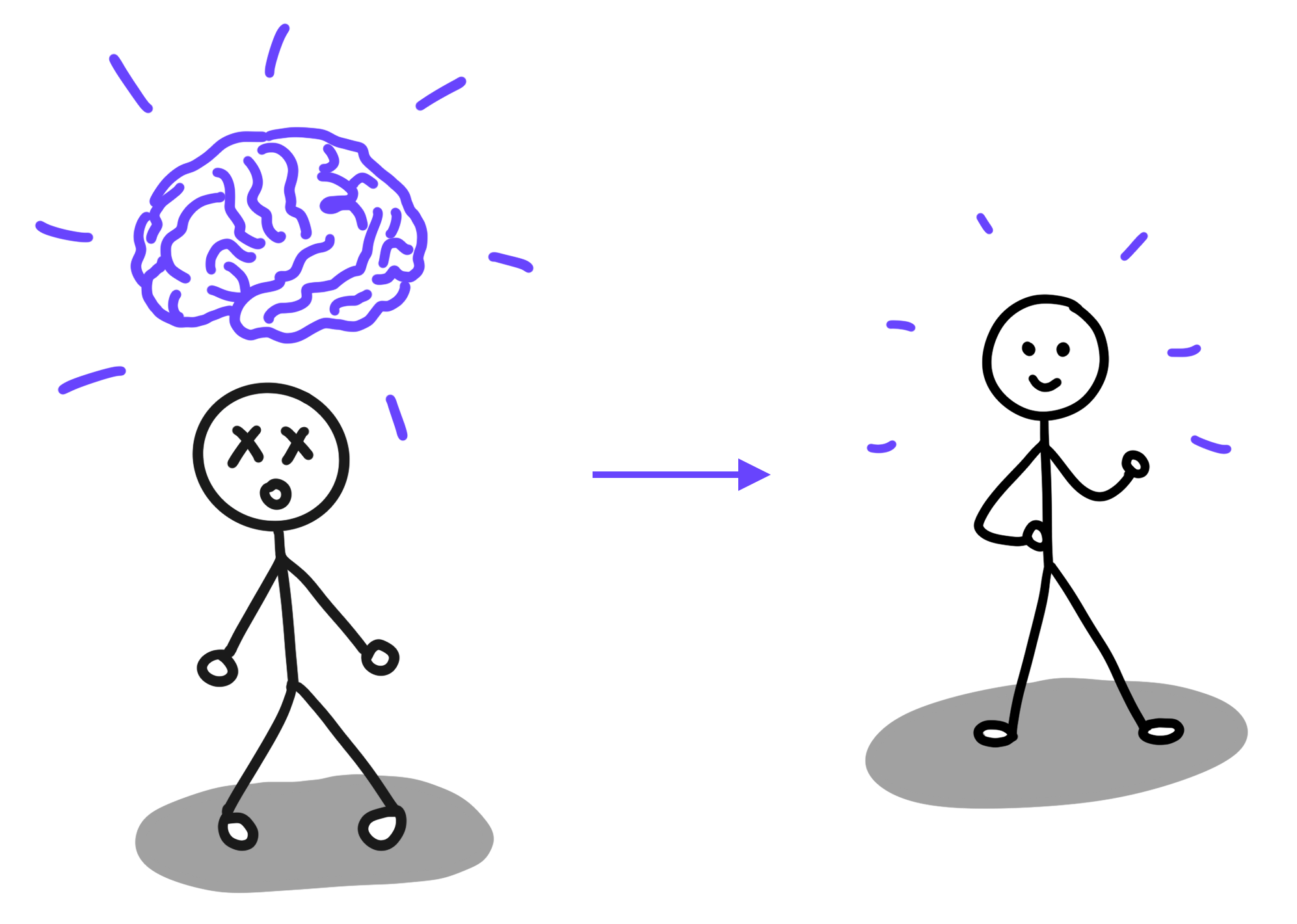 Reconnecting the Body and the Mind makes you happy

This whole idea is usually called embodiment. Formally, we can say that embodiment refers to "the understanding of the role of one's own body in everyday, situated cognition" [Gibbs 2005] [2]. This quote from the mathematician Freudenthal also introduces the idea nicely: “They agreed that cycling, swimming, skiing cannot be learned from a textbook, but I could not convince them that science was as well an activity that could be learned, not in lectures and from books, but by acting it out” [Freudenthal 1971].

Now, finger counting is a bit of a usual suspect. Let’s get a broader picture. Concretely, there are several ways to bring the body back into learning practices [Ottmar 2017]. 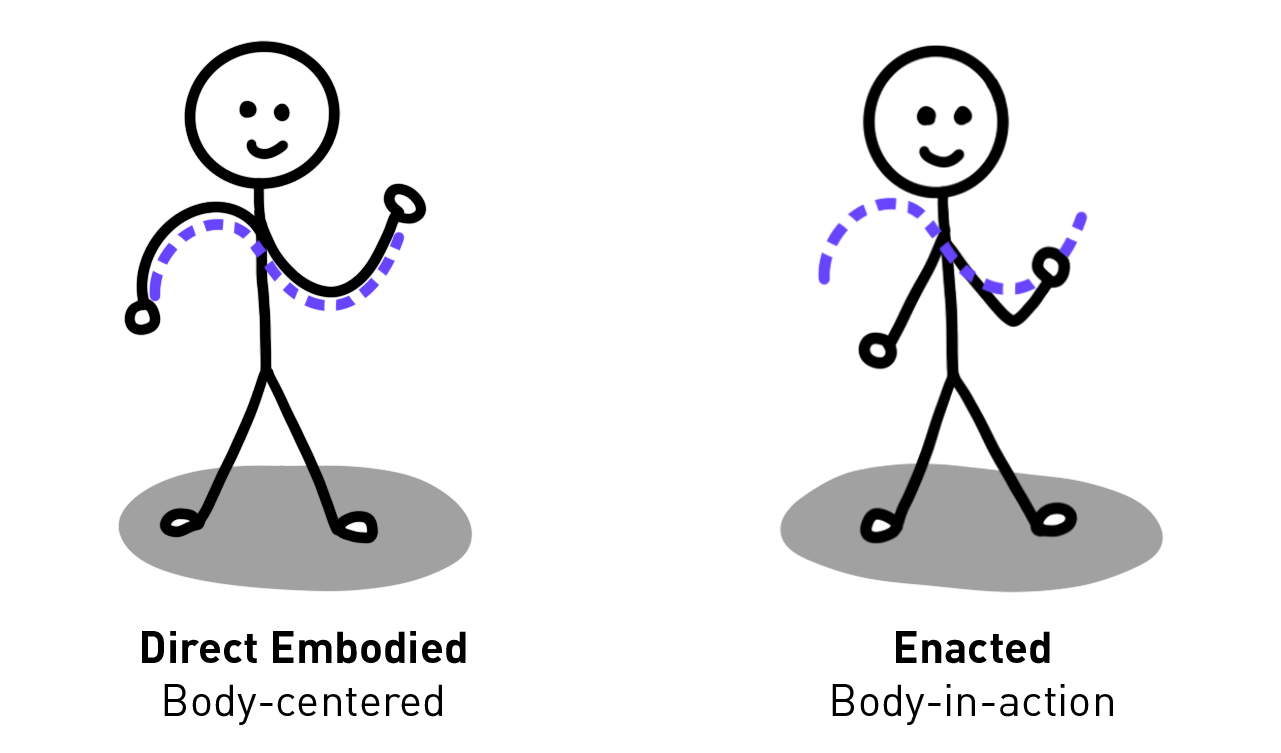 Some approaches focus essentially on the body, without specific accessories. For example, researchers noticed that people who use gestures when they talk usually have a deeper understanding than people who don’t. So they created a video game to teach children different gestures that can be used to represent mathematical objects. For example, representing an angle with their hands. This helped the children better conduct mathematical proofs. Importantly, just moving the body was not enough: the gestures had to be meaningful with respect to what they were meant to represent [Nathan 2017].

Learn gestures in the game, use gestures to support your speech, and elaborate better proofs. Screenshots from [Nathan 2017]

Another example that I find interesting looks into dancing. In this work, researchers compare three different ways of practicing a specific dance phrase: (1) simply imagining the phrase, (2) marking the phrase, which roughly means mimicking it with the hands, or (3) performing the phrase with the full body, just like in the real show [Kirsh 2013]. Intuitively, we could guess that the best thing is to practice the phrase full-bodily, and the worse is to just imagine it. But what they found is that the marking approach was actually very beneficial for the dancers’ performance, even more than solely practicing by performing the phrase with their whole body. Why? By repeating the phrase with their hands only, the dancers can actually focus on specific parts of the problem that do not require their full body: for example, remembering the choreography, or adjusting the timing [3]. 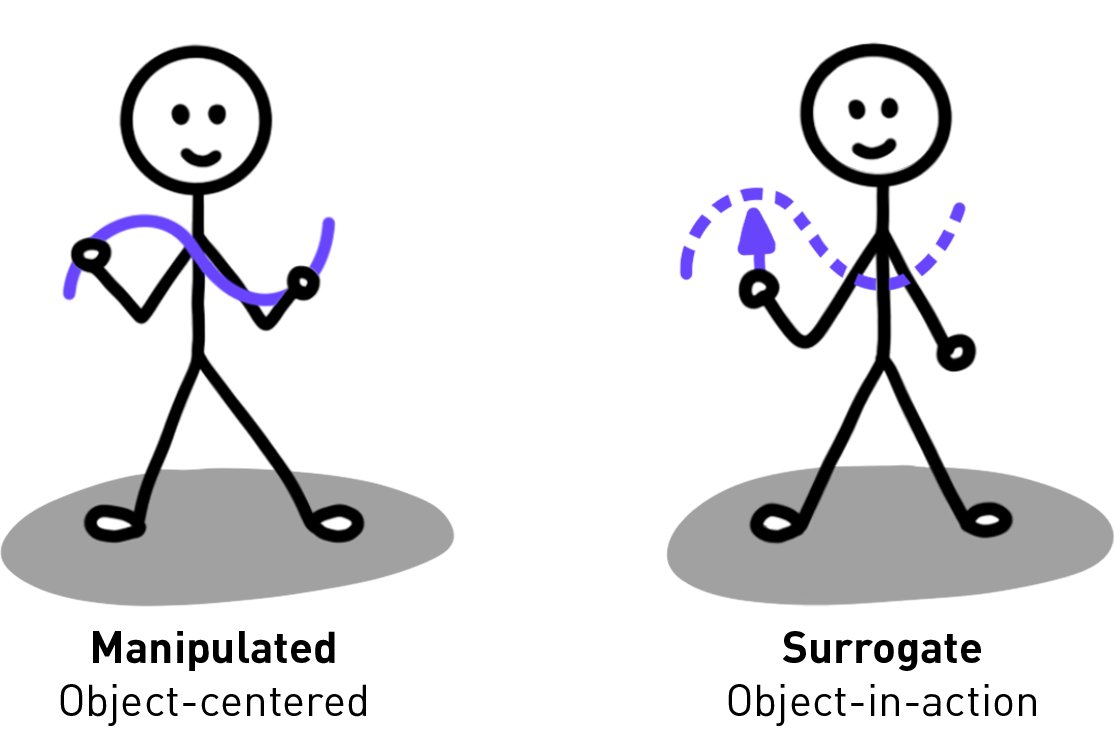 Other approaches to embodiment focus more on object manipulation. I won’t go too much into this for now, I will come back to it in a specific article. But manipulatives have proven useful for learning over a wide selection of studies, for example in the case of mathematics where using these objects helps remembering concepts and solving problems [Carbonneau 2013].

Technology can also help with embodiment, at different degrees [Tran 2017, Johnson-Glenberg 2014]. Simply staring at a screen won’t help much. But anything from moving the finger on a tablet to engaging the whole body in a Virtual Reality setting can be very useful if done in a meaningful way.

A bit philosophical, but I liked this approach, so I’ll leave it here for the curious! In their work, Mueller et al. speak a bit about design around the body and technology, in particular for playing [Mueller 2018]. They present two perspectives on the body. The body is either seen as a Körper: a material, physical, objectified body, or as a Leib, a living body, a body that one experiences as oneself. Basically, whether you’re alive or dead, you always have a Körper. However, you only have a Leib if you are a living, feeling person.

This matters when we design digital activities that involve the body, and in our case, for learning. The example they give in their paper is the design of a validation button. If we focus on the Körper perspective, we would think that the button should be close to the user’s hand, to avoid a big movement that might consume unnecessary energy. So we would put the button at the bottom of the screen. However, if we now look at things from the Leib perspective, we will think that raising the arm in the air is a winner-pose: a pose with positive connotations, associated with approval and validation. So we would rather put the button at the top of the screen.

This is a simple example, but I think it highlights an important issue: when we design activities that engage the body, whether it’s for playing or learning, we often forget that we are not designing just for a body, but that there is a living person in that body.

All the examples I gave in this article are part of a larger trend, exploring the role that physical actions play in learning [Abrahamson 2015]. But why does it work? There are several explanations [Pouw 2014, Tran 2017]. First, it gives learners a language to discuss some concepts even before they are familiar with the corresponding formalisms. For example, children can explain some of their mathematical ideas by using their hands, without having to worry about all the fancy symbols and names yet. Second, the body and the objects used to represent things take on a part of the cognitive load. In a way, these are used as memory for our reasoning. This is why it is much easier to play chess with the eyes open than with the eyes closed. Finally, embodiment reconnects potentially abstract concepts to the tangible world, and makes them, in a sense, more concrete.

In conclusion, whether focusing on the body itself, or on the manipulation of objects, it is important to consider involving meaningful physical actions in learning activities.

PS: A short version of this article was written together with Dr. Dragan Trninić, for Project Square, a project aiming at reintroducing manipulatives in classrooms.

PPS: This topic is so vast, my dear people. I chose to focus on learning but there is more to this!

This is a beautiful book about embodiment and mathematics: 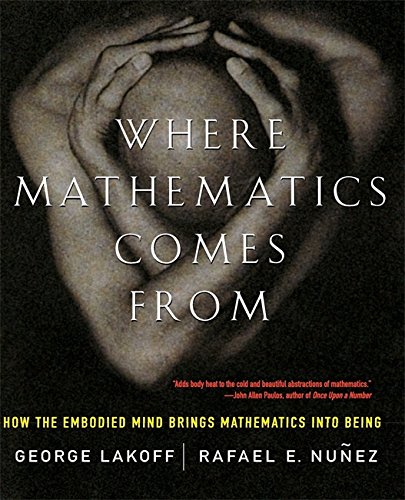 [3] Another example I like to think about is the case of drummers. A lot about learning how to play drums doesn’t require practicing on drums. Many drummers actually practice on random objects or their own bodies to get the timing right.